Discovered: one of the very best concert recordings by American jazz pianist Bill Evans. Recorded in Hilversum. Hilversum, yes. De Volkskrant explains why everyone should listen to Evans. 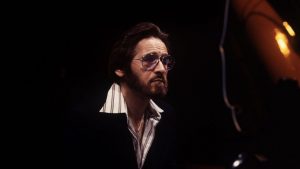 Every jazz lover knows Bill Evans, because it is he who plays the piano in four of the five songs on the most famous jazz record in history, Kind Of Blue (1959) by Miles Davis. Miles Davis was a great admirer of Evans, whose piano sound he described in his autobiography as “crystal notes or the sparkling water of a clear waterfall.”

Evans (1929-1980), together with Davis and saxophonist John Coltrane, forms an illustrious list of musicians whose every tracked sound recording causes a stir among jazz lovers.

The number of reissues, box-sets and concert CDs recorded, broken or not, has long overgrown the discography that appeared during their lifetime. Bill Evans is now available in multiples of the roughly fifty records on which he could be heard during his life as a band leader.

Not everything is equally interesting, but recently two CDs were released, including one previously unnoticed recording from the Netherlands, and a beautiful documentary, which shed new light on Evans’ life and work. They make you realize how beautiful, comforting and unique his music was. 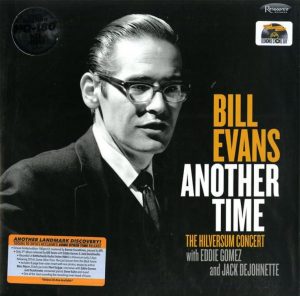 Martin Bril described Evans’ sound poetically in Een Plek Onder De Zon from 2006: ‘Like the carbon dioxide (or is it quinine?) dancing above the glass when you’ve just poured tonic, that’s what Bill Evans sounds, but in slow motion. It is so pure that it is almost gone.”

That purity, those tingling weightless notes, came about through the velvety touches of Evans: they are reflected in all the praises of the pianist, collected by documentary maker Bruce Spiegel for his documentary Bill Evans – Time Remembered, which can be seen online. It is a classically structured, chronologically told life story. Evans is portrayed as a tormented person who took refuge in heroin early in life.

In the late 1950s, before he was 30, he was addicted. Evans was then still a relatively unknown musician trying to find his way in New York. What exactly were the demons he was trying to chase away was never fully understood.

In any case, it was a significant day in Evans’ life, as Spiegel shows in his film, July 6, 1961. On that day, bassist Scott LaFaro died in a car accident, aged just 25. He played with drummer Paul Motian in the Bill Evans Trio, one of the best piano trios in jazz history.

Ten days before his death, the trio had graced the New York jazz club Village Vanguard. The best recordings appeared on two LPs that are still regarded as the most beautiful jazz records: Sunday at the Village Vanguard and Waltz for Debby.

Records that, in addition to reveling in beauty, also underline that Evans had given the term ‘piano trio’ a new meaning. Before he made his mark with LaFaro and Motian, piano trios mainly consisted of pianists who were accompanied by a bassist and a drummer, who usually meekly followed the pianist.

Bill Evans: Some other time the lost session from the black forest 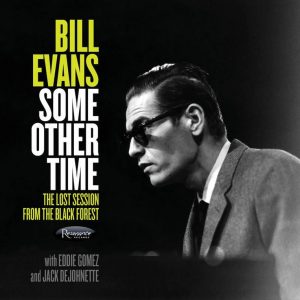 Evans wanted a bassist and a drummer who could take the lead themselves; musicians who were equal to the pianist. Forming a new instrument together, that’s what Evans wanted – and achieved.

Scott LaFaro was a brilliant bassist, who stroked his strings so forcefully, with dexterity and melody, that at times it seemed as if he were playing a guitar. And then there was the great drummer Paul Motian, elegantly and compellingly answered Evans and LaFaro. The studio records Portrait In Jazz (1959) and Explorations (1961) share an expressiveness with the aforementioned live records that has rarely been surpassed.

LaFaro’s sudden death left Evans completely unsettled. He wouldn’t touch the piano for six months. Several bassists came and went, including Gary Peacock and Chuck Israels. But the chemistry between bass, piano and drums has never been so strong. No trio of Evans could stand in the shadow of that of the years 1959-1961. At least, that was always assumed.

Those two chords
One of Bill Evans’ most beautiful songs is Some Other Time, originally a composition by Leonard Bernstein for the musical On The Town (1944). He used the two chords with which Evans started the song more often, such as in Peace Piece and in the well-known song Flamenco Sketches on the album Kind of Blue (1959) by Miles Davis. That intro is unmistakably Bill Evans, but the credit went to Davis. Evans would rarely, if ever, play Peace Piece again, but Some Other Time remained a high point in his performances.

But then suddenly the double CD Bill Evans: Some Other Time – The Lost Session From The Black Forrest was released last year. It was a studio recording from Germany, from 1968, that had not even been noticed by Evans biographers before. Evans can be heard with Eddie Gomez on bass and Jack DeJohnette on drums.

Until recently, only one recording of this trio existed, At The Montreux Festival, made five days earlier than the one in the Black Forest. The German session unexpectedly shone new light on Evans’ music. The way this trio played during this session was truly unheard of. Eddie Gomez was arguably the only proper successor to LaFaro. He would play for Evans for eleven years. But it was a surprise that he and DeJohnette could push Evans to such heights.

The recordings from the Black Forest, tracked down by the American Resonance label, show a trio in which the roles are equally divided. DeJohnette caresses his cymbals and strokes his brushes with a rare tenderness. But he also regularly takes matters into his own hands to escape, whether or not together with Gomez, from the melody so carefully played by Evans. 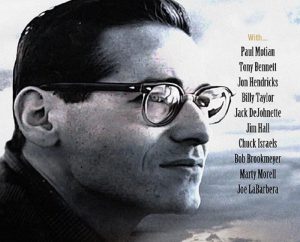 Another Time – The Hilversum Concert, which was also recently released by record company Resonance, is one of Bill Evans’ very best live CDs. DeJohnette gets or takes an even bigger part and clatters on his cymbals and drums as ferociously as you rarely hear on Evans records.

The Hilversum concert registration is special because of the exceptional form in which the band members find themselves, and also because of the superior quality. With most concert recordings you get the feeling that you are listening to a ‘recording’, on Another Time it seems as if you are sitting in the middle of the three musicians. You are present at the concert and it feels like you can touch Evans, Gomez and DeJohnette. That is all thanks to producer Joop de Roo and his technicians André Louwerse and Cees Slage.

After the tour of Switzerland, Germany and the Netherlands, Evans, Gomez and DeJohnette move to London. There the trio fell apart, at the hands of the same man who had boosted Evans’ career ten years earlier, Miles Davis. Davis was in London, heard DeJohnette and knew this was a good drummer for him. DeJohnette left Evans, who didn’t blame his drummer. The mutual admiration between Evans and Davis was too great for that.

Evans kept looking for a new ideal trio. He didn’t find it until about ten years later, with Marc Johnson on bass and Joe LaBarbara on drums. The recordings that Evans made in this line-up at the end of the seventies do show a rhythm section that met his wishes, but his own playing had lost some of the shine. Evans relied more on his technique than his gut, it seemed. 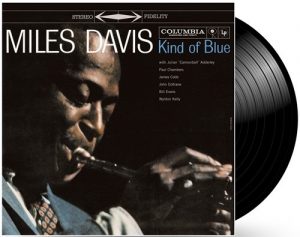 Kind Of Blue (1959) by Miles Davis, Bill Evans plays the piano in four of the five songs.
The 1970s had been tough for him. In 1973, Ellaine, the woman he had been with for ten years (and who used heroin), committed suicide. His second wife, and mother of his son Evan, Nenette Zazzara, had kicked him out of the house in late 1978 when she found a heroin syringe, despite previous promises. Four months later, Evans’ two-year-older brother Harry committed suicide.

Bill Evans does not want to continue, falls back into cocaine use (30 grams per week, says the documentary Time Remembered) and dies on September 15, 1980, aged 51.

How the Americans tracked down Bill Evans’ Dutch recordings
Last fall, the American record label Resonance was approached by the Dutch jazz collector Jan van Schellen Dropvat. He had a CD-R with radio recordings from Hilversum.

The people of Resonance were interested in that. But as good as the recording sounded, Resonance only uses original tape recordings. They had to be in the Netherlands for that. They contacted jazz journalist Bert Vuijsje, who referred the label to Frank Jochemsen, who likes to dig through sound archives. Jochemsen mediated between Sound and Vision, where the archives are housed, and the Americans. Jochemsen: ‘Resonance wants the best of everything and will not release anything without the right photos, the right credits and booklets with the most accurate information possible. This concerned recordings of the National Radio Union made by Joop de Roo in the Vara studio in Hilversum.’

Bert Vuijsje wrote two of the accompanying texts. One about producer Joop de Roo and one about Bill Evans in the Netherlands. Vuijsje: ‘I wasn’t there in 1968 and I didn’t know that Evans was in Hilversum then, otherwise I would certainly have gone. In 1965 I saw him in the Amsterdam Concertgebouw, that was the first time he was in the Netherlands. “